Officially, the bank has not admitted anything yet. However, through different chanels up to subpages of dkb.de, there were bit by bit announcements published in the past weeks that make us suspect major changes.

One can assume that the reactions at the market are closely observed in the Berlin headquarters and there will possibly be further adjustments of the new price and service listing until its publication.

Will they consider our ideas and requests?

Let’s classify the following, from our point of view, into gratifying, critical and the result of our community survey. 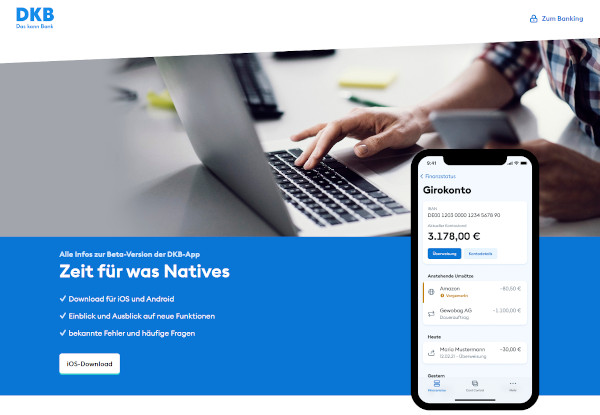 20,000 customers have the possibility of testing the beta-version? Open page.

The current banking-app of the DKB is virtually the online banking website in a small format: big scope of service, but not necessarily the best usability.

The new app has been and is still being rewritten from scratch. The beta-feature includes the most important products, but not yet all of them. It should become easier and more intuitive in its usage.

Are you already or have you become one of the first 20,000 DKB-customers with the new app due to this article? Please post your feedback using the comments feature at the end of this page. Thanks!

In the year 2019, the bank decided to double its customer amount from 4 to 8 million customers within only 5 years. This is the most energetic growth program of an established bank.

Euros 400 million have been asigned to this. This perhaps sounds a lot at first, but it really is not. It is “only” Euros 100 per customer. The bank cannot “buy” its customers, just like the Commerzbank did with a Euros 200 “welcome bonus” for every new customer in the past years.

This never was the style of the bank. You should not pay the customer to open a free account. There have never been money or goods bonuses for the account opening, but there were raffles and bonus points.

Nevertheless, they managed to get to 4 million customers in all these years.

Is a doubling still possible?

Yes, it is. Even if obviously some time between 2019 and 2021 passed by without having acquired a lot of customers, it now looks like a switch is about to be turned on.

The following facts speak in favor of reaching the goal

Of course, there is the possiblility that the bank does not reach its goal. Even if it gathers more than 4 million customers in the “low” segment, it could be that freely-thinking and creditworthiness-strong customer turn their back on the bank. The DKB is a highly political bank – from the ownership structure, it belongs to the State of Bavaria through the BayernLB.

It has, e.g. 10 years ago, enabled almost every person in this world who was able to fill the German account opening application, to get a free current account. Today, the gender-language has taken over and instead of male and female customers, there are “Kund*innen”. Some older customers feel some heartburn about that, as we could read in the comments section of our articles.

Many customers can ignore such political attitudes. However, if they take away the popular card model or make it more expensive … what resonates from the survey in our community… there could be quite some account cancellations. Now ,let’s get to the critical part:

If it is according to the new personell of the bank, there will only be one card for the mid-term, as quoted in the magazine Business-Insider.

This idea is regarded as critical especially within our community of smart bank customers.

Yes, quite some Sparkasse-customer, who has been familiar with the SparkassenCard in the part 30 years, had to orient him/herself at first with the trick of using the two DKB-cards.

Since the founding of this special portal in 2013, we have repeatedly highlighted the advantages, such as e.g. the factual double credit line on the current account and credit card account or the interest-free loan for up to 30 days!

The bank speaks in the magazine Business-Insider about that the customers desire this factual service reduction.

Perhaps it is rather the bank that desires to turn from the former expensive model for the bank to a simpler model, that you can also get at every other neo-bank too:

The prospects for the bank are quite good with this account model to fulfill their goal of 8 million customers. N26 has already proven this when being an unknown brand.

However, it would not be our dear DKB anymore. It would be an interchangable neo-bank.

In the past 30 years, the bank has build a smart clientele with its clever account model and partially also with the soft education of its clientele (when to use which card and for what purpose, so that the bank and customers profit from the existing systems). One can also have great profits through this kind of clientele. In the end, the DKB has only had one negative result (2008) in 30 annual reports.

This customer clientele is not scalable endlessly upwards. If the bank necessarily wants to grow, it has to advance into other layers. Does it do that with a clever account model, wherein you have to think along, or with one that somehow everyone else has too – only cheaper?

It looks like as if the die is cast (perhaps it is even a political stipulation from above) and that one is careful in the tactics in order to maintain the majority of customers.

In the end, they need creditworthiness strong and luctrative customers to continue to have profits. It is largely known from neo-banks that they produce losts with free account + debit card even after years. Only the growth and the customer data (new currency?) persuade the investors in financing circles to provide them with new money.

Result of our community survey

More than 500 readers of our Sunday mail have thankfully participated in our survey – we are also thankful for the very valuable comments! Here you can see part of the evaluation. 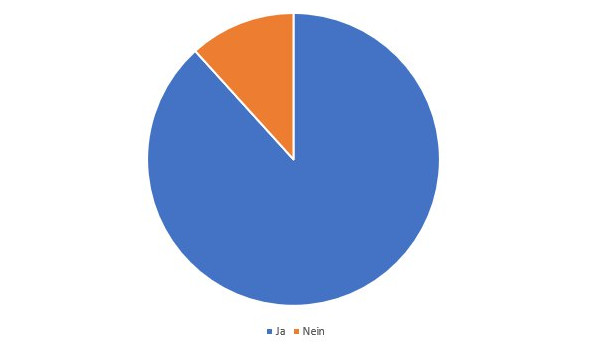 88 % of the survey participants are DKB-customers. 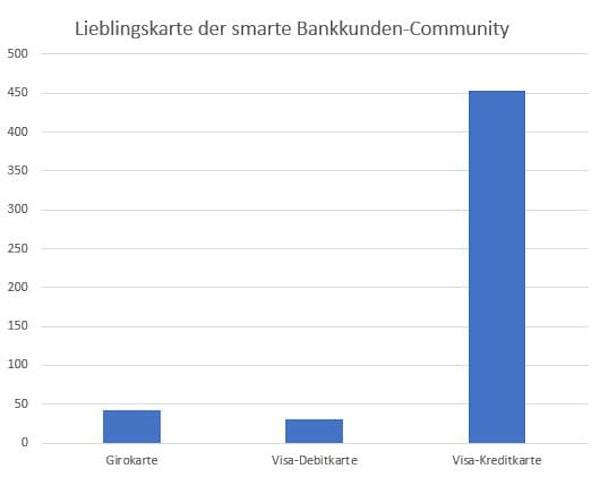 We, being DKB-customers, clearly estimate the existing account system with the Visa Card with separate credit card account.

Would you be willing to pay fees for the “true credit card” in the future? 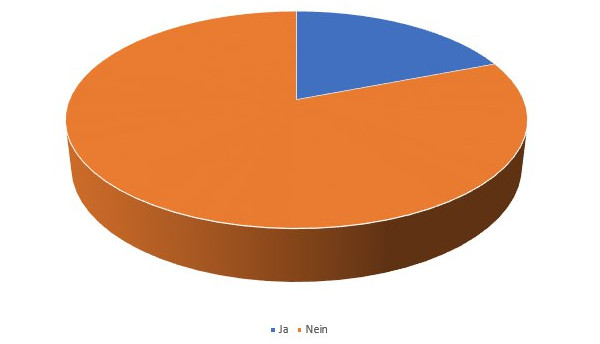 Only few customers would be willing to pay fees for maintaining the credit card.

This question is pretty interesting, because the Comdirect has changed to an account system similar to the one of the DKB: the Visa Debit card is free of charge; who wants a Visa Credit card has to pay Euros 1.90 monthly for it. As a consequence, commenting people of our community have announced that they will cancel the Visa Card or even the whole account.

There are cost-free alternatives for true credit cards. The most popular are the Barclaycard Visa and the Genial Card. It is not probable that fees will be introduced in the future. To get the cards with credit line, you need a certain creditworthiness. There is a danger that there will be customer migrations of creditworthiness-strong customers to such providers … and what will remain then?

In any case, we will observe the development of the DKB in our Sunday mail and are thrilled to find out, how the new price and service listing will turn out.

There could be some surprises, because new product introductions do not have to be announced two months ahead. This only applies to changes of existing products.

For example, the Comdirect has sent the debit card to every customer with the invitation of trying this card, because the existing card was going to be subject to charge in the future. That was a clever move, wasn’t it?

Would I open the DKB-account still today?

It is well-known that I am a customer of the DKB since 2004 and I regularly ask myself the following question: Would I still open an account today? If the answer is “no” several times, then I close the accounts. This happened e.g. with N26, Deutsche Bank, Sparkasse.

At the DKB the answer still is: yes.

How does it look in your case?

How long are you already a DKB-customer? Will you remain to be one even after the change of the account model to a free debit card and simultaneous fee-introduction for the credit card?

The DKB has divided its customers into two groups with its Euros-700-threshold in the year 2017 and it was the responsibility of every customer to qualify for the better conditions with a regular incoming money flow.

We are looking forward to find out!

What do you think about it? We can continue to further speculate using the comments feature, share experiences and of course, also give advice and desired options to the DKB! A hearty thanks for your smart participation.

Have you already implemented the following …?

One Response to “Free DKB-account for everyone?”