Since 1871, Western Union (WU) provides a money transfer service without the requirement that its users must have their own bank accounts.

Back then, the telegraph network was used – today the Internet. However, the fact remains that the money receiver can withdraw the money only a few moments after the deposit … and since 1980, this even if it is at the other end of the world!

Western Union is mainly used by migrant workers. They work in the “Western” world (e.g. in Germany) and send money regularly to their families in their poorer home countries. In 2004 (so the last known information), the equivalent of about 8 billion Euros was sent only from Germany to foreign countries.

However, Western Union is also used to transfer money between Germany and other countries, if one does not have a bank account or does not want to use it. For example, for “discrete” money transfers.

Migrant workers often use the deposit service at the WU counter. In Germany, one can find such counters at the Reisebank, Postbank and often in Internet cafés.
Also some travel agencies or specialty stores, which were founded by immigrants, serve as deposit and withdrawal points of Western Union. Any businessman can suggest Western Union to become a partner and open a “branch office”.

Additionally, the Western Union Bank has quite some branch offices in Germany.

New note: If you are still new in international transfers, then take a look at the alternative TransferWise. In our last tests, TransferWise came off much better than Western Union.

You do not have to charge the Western Union account before the transfer. The sent amount will be deducted from your bank account or your credit card at the same moment in which the money is sent.

The fees of Western Union have always been the long-running criticism. Even the World Bank has already dealt with the topic.

Despite criticism of the high fees, Western Union is used daily by millions of people and is the market leader of the international money transfer.

How the money transfer with Western Union works (using the Internet):

If you already have an account at Western Union, then log in first. If you do not have an account, start with Geld sofort senden (Send money now). Your account will be set up during your first money transfer.

The online transfer form will open 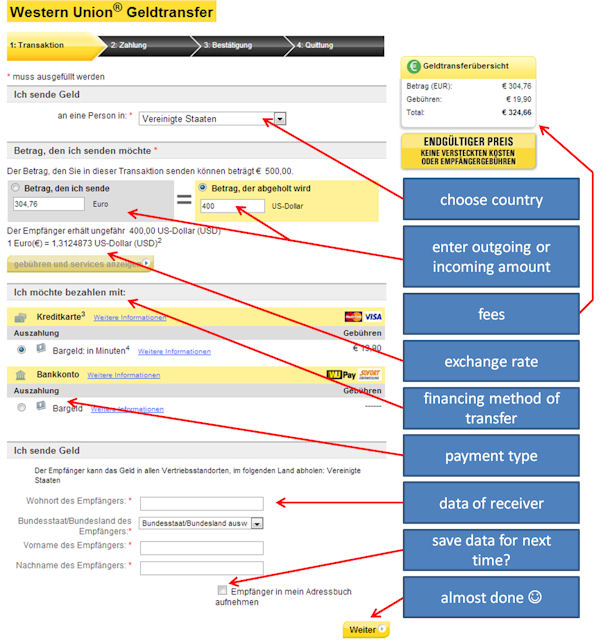 Filling out the online transfer form is almost self-explanatory. On the next page, the payment data of bank account or credit card has to be stated (not shown here).
The online account is, of course, also available in English language. 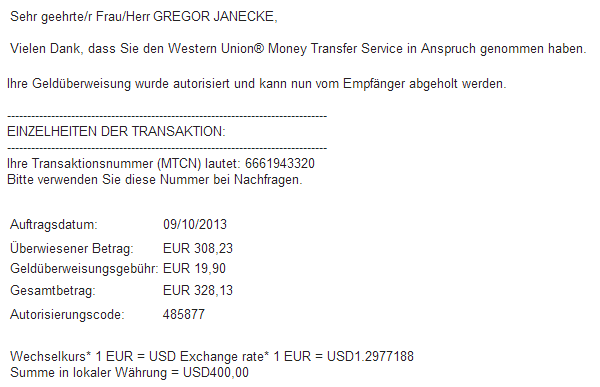 A few minutes after the transfer order, you will receive a confirmation of Western Union via e-mail. In the English version, of course, it will be in English language.

Please provide the money receiver with the following data for withdrawal:

Your name and your contact data should also be known to the receiver! 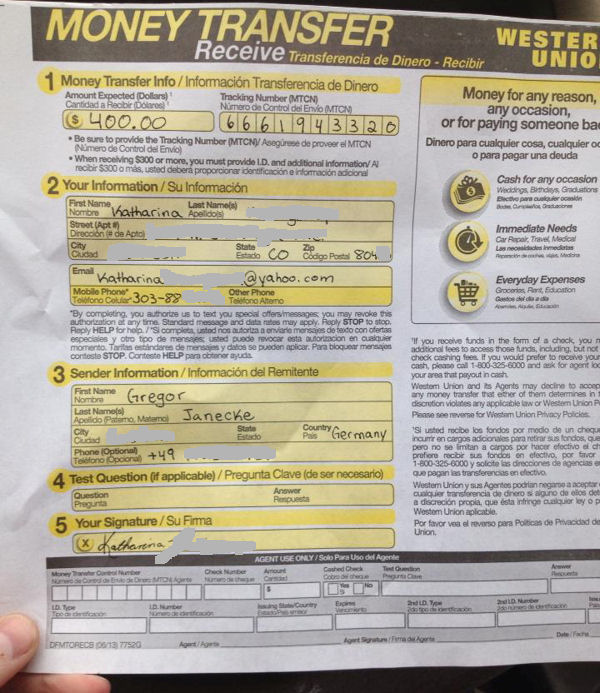 Once you have provided the data for the money pick up, the receiver can go to any counter of Western Union (bank, Internet café or any other branch office) and pick up the money.
In order to withdraw, one must show an ID card and fill out a form 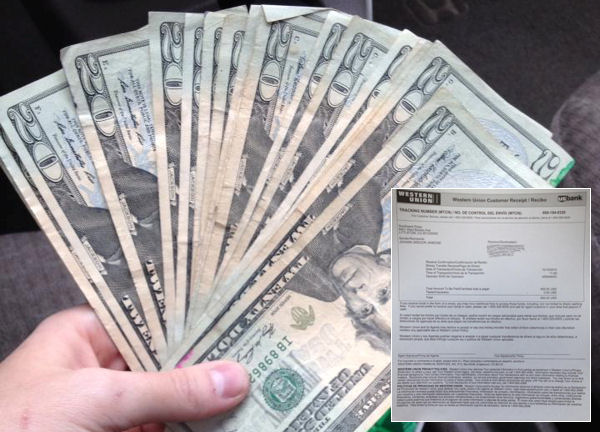 Western Union pays the money to the receiver without any further deductions. You will receive a receipt of the payout (picture in picture).

Often, Western Union is not the cheapest option, but it offers the fastest and one of the safest! If you want to perform more than one transfer, we recommend setting up an online account: www.westernunion.de.

PS: You are welcome to add your experiences with Western Union to this page – perhaps a money transfer from Germany to a foreign country or the other way around. Thank you!

Thanks to the inventing spirit of people, our world keeps developing and supplies new products and offerings. These are often cheaper, better or faster than the already established one.

That also applies to TransferWise, a new provider of very cheap transfers to the abroad.

If the sent money should not be picked up in cash – which is the big advantage of Western Union – but should be transferred from bank to bank … than you should take a look at www.transferwise.com Good luck!