Banks have to verify the identity of their customers beyond doubt. This is not only because of their own interest, as this identity verification process is required by law.

At a bank branch office, this is done during a personal visit and presentation of an official identification document.

As a personal appearance in an Internet bank (for example DKB or Comdirect) is not possible, there is another professional way: the German PostIdent-procedure.

This is how the PostIdent-procedure works (short description)

You take the PostIdent sheet (you obtain it from the bank mostly as a PDF to print) and your ID or passport in any branch office of the Deutsche Post. The postal worker types the ID data into the computer. Then he/she prints the document and the person to be identified signs it.

Subsequently, this document will be sent to the bank. That´s it. The PostIdent-procedure is free of charge for the customer. The fee will be paid by the bank.

No problems with the German identity card

People with a German identity card hardly have problems, as the PostIdent-procedure was optimized on the identity card.

PostIdent is optimized on the German identity card

All data – except for the postal code (zip code) – are stated on this German identity document.

Although the opinions differ on whether the zip code is part of the address or not – after all, the postal code is not stated on the ID-card!

However, the citizen is always asked orally about the zip code of his/her place of residence. This statement is taken over into the identification process without any verification.

To legitimize the PostIdent-procedures, the ID-card or Passport can be presented. The ID-card contains the address, but the passport not!

Our experiences show that you are only asked orally about your address. Your statement will be taken over into the PostIdent-form without any verification. Just like with the postal code! 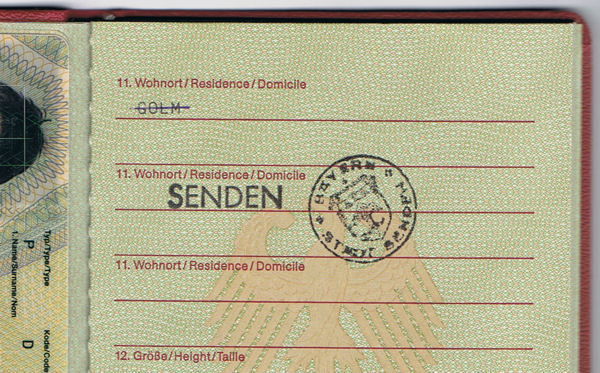 In the German passport, only the place of residence is stated, but not the address. For the PostIdent-procedure, the post trusts on the oral statements of the person to be identified!

If you have a foreign ID-Card or a foreign passport, then the Deutsche Post is not that insightfully.

However, there are countries, like Switzerland and Spain, where the place of birth is not stated in the ID-card.

Not only readers have contacted us that had problems because their oral statement was not accepted. The Deutsche Post even refused to accept the PostIdent-procedure, because the place of birth was denied by other official documents (in the presented case, it was a marriage certificate).

Many foreigner cannot use the PostIdent-procedure

As a Special-Portal for domestic and international banking, we have contacted the Deutsche Post and asked what foreigners should do to be able to successfully complete the legitimating through the Deutsche Post.

The Deutsche Post pointed out that the PostIdent-procedure is a bulk-procedure, which is performed millions of times each year. A standardized process with about 50,000 employees, which have to be trained, takes place in order to maintain the error rate as low as possible.

One cannot identify persons, whose identification documents do not contain all required data. Other complementary documents cannot be accepted.
This means, conversely, that a whole lot of people cannot use the PostIdent-procedure, thus cannot open a bank account at the DKB or any other Internet bank.

We live in an increasingly integrated Europe, in which the free movement of persons, goods, services and capital exist. Every EU-citizen has the right to live and work in another member country of the European Union.

These rights are put into practice. More than one million citizens of other EU-countries live in Germany. Often, these are people who need our country for their development. Starting by trainees from Spain – who did not find a training position due to the local youth unemployment of about 50 percent – to scientists at a research center.

A lot of EU-citizens and foreigners from third countries have to waive on free checking accounts at the online bank, just because the Deutsche Post is inflexible for foreigners? For people with a German passport it surely is, as our own experiences (see above) have shown!

When confronted – especially with the obvious discrimination against people with foreign identity documents – the Deutsche Post did not give us any further response.

We need a solution!

Out of background discussions, we know that some banks already work on another possibility of secure identification. Until then, however in Germany, one has to go the way though the PostIdent-procedure.

The 50,000 employees of the post that work on the identifications in thousands of branch offices throughout Germany, there are different levels of knowledge and experience. Despite all training measures, this is normal.

We know that it is possible in practice that foreigners in Germany can open their German bank account via PostIdent-procedure. If one post branch office rejects to make the identification, then try in another branch office.

In any case, you should always be polite and possibly take further documents for the identification, such as a birth certificate, if no place of birth is stated in your ID-card.

Please, use the comments box to share your experiences with the PostIdent-procedure for the benefit of others.

It is about exchanging tips and valuable information, so that other people also may benefit from the German bank accounts of direct banks. Thank you! 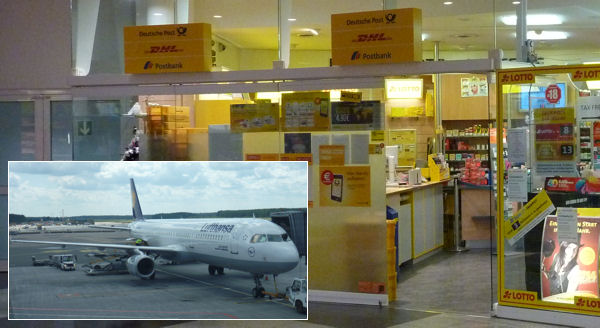 5 Responses to “Problems with the PostIdent for Foreigners”