Since the first announcement of the NUMBER26 current account here on deutscheskonto.org, there have been a lot of discussions on this special portal about the newcomer among the free current accounts.

This is no wonder, as it is promised to be “the most modern current account in Europe”. However, is this promise entirely true? 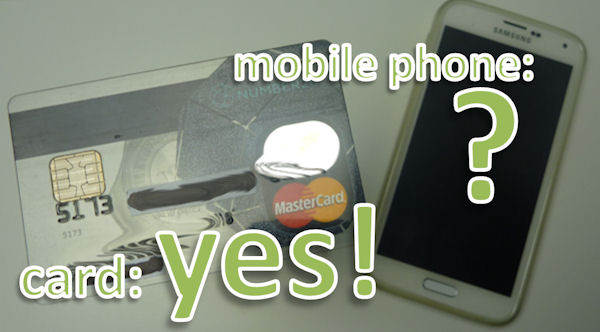 The current account of NUMBER26 distinguishes itself mainly by the fact that it can be operated completely using a modern smartphone app. Here in, the banking via Smartphone is not optional, but mandatory.

This starts off with the account opening (Kontoeröffnung), which can only be completed successfully through an Apple or Android Smartphone and continues with the transfers, which can be entered via the online interface, but become “enabled“ only if they were confirmed through the Smartphone app.

Number26 works in combination with a smartphone …

On the other hand, one can waive on the various TAN procedures with which one usually has to deal with in online banking. Due to the fact that the authorization of transfers is carried out through a transfer code that is specified during the account opening, this is a clear advantage in comfort of NUMBER26!

Furthermore, this free current account is a pure credit account. This means that one cannot overdraw the account; annoying (and expensive) overdraft interest is thus eliminated.

By the way, this also has another advantage: Due to the lack of an overdraft facility, NUMBER26 does not perform a creditworthiness check. The current account of NUMBER26 is therefore “SCHUFA-free” (credit investigation company). However NUMBER26 retains this option for individual cases, as the founder stated in an interview with CHECK243.

Through the requirement of at least iOS 7 4 or Android 4.3 5, the supported devices and hence the size of the target group of NUMBER26 is partially severely limited.

While Apple has still supplied the now already five years old iPhone 4 with the operating system iOS-7 6, the manufacturers of Android smartphones are not famous for updating their devices to the latest Android versions.

Therefore, Android devices with version 4.3 or later just have a market coverage of 56.8 per cent according to Google7. Thus, almost every second Android user is eliminated as a potential NUMBER26 customer.

How to get around this hurdle, you can read further in the article …

Modern are at least the technical requirements for this new current account. How to get around this hurdle without owning a corresponding Smartphone, will be described here: Instructions: Open and use Number26 without smartphone!

3. The invitation system of NUMBER26

With a complete account opening in only eight minutes, NUMBER26 promises a lot, but nothing that it cannot keep.

The requirement is that you already have a valid invitation code. (By the way: Fans of this special portal can take advantage of the 100 Invite Codes that Gregor could organize and they are currently available.)

If no such Invite-Code is available, one has to wait several weeks before one can start the registration process after entering one’s e-mail address.

Nevertheless, this has nothing to do with the actual account opening, but should guarantee that the NUMBER26 support is not overrun by a large crowd of interested people and therefore prevent dissatisfaction by the customers, because a quicker processing is guaranteed by the current invitation system.

The account opening can be completed either via the online interface of an ordinary web browser or through the Smartphone app.

My advice for you: Use the online interface, as you can complete the registration procedure much faster with an ordinary PC or laptop keyboard than with the Smartphone keyboard, because quite some personal data is queried during the account opening.

If you have a webcam on your computer, you can also perform the verification of identity on the same device. You can identify yourself via video call, but also through the Smartphone app without having to perform the entire registration through your Smartphone.

Who does not have any of these options can also perform the classic PostIdent procedure.

Ultimately, I had to walk this path myself, since I do not own a compatible Smartphone, neither do I have a webcam.

At the same time, I have decided to open a second account at the comdirect bank in addition to my main current account at the DKB after an intensive research on the special portal deutscheskonto.org.

The main reason for this decision was the opportunity to deposit cash for free in all Commerzbank branch offices8. Thus, I was able to test and prove the claim “fastest account opening of Europe” in a direct comparison with a direct banking competitor.

I have started both account openings online on the evening of the 2nd of July. The PostIdent procedure for both applications, I have completed on the morning of the 3rd of July (Friday). Although the employees of the post office were still on strike at this time, I received the notification by e-mail from NUMBER26 already on the evening of the 8th of July (Wednesday of the following week) that the legitimating via PostIdent procedure was completed successfully.

To my surprise, I found the letter with the NUMBER26 MasterCard in my mailbox already on the same day.

How was that possible?

Well, according to a blog post9 of the NUMBER26 marketing manager, the personal MasterCard is produced already after the customer account opening and confirmation of the e-mail address and is then shipped.

Therefore, NUMBER26 does not bother waiting for the legitimating of the PostIdent.

Therefore, the promise of “The fastest account opening in Europe” is really kept. Top notch!

Regarding the account opening at the Comdirect bank: I received the first response by mail only until the 16th of July, which only was the welcome package with the relatively useless customer card.

While I could use the NUMBER26 account in its full extend after only five days, it took a whole of three weeks for the current account opening of the comdirect bank!

5 days instead of 3 weeks until the complete account usage!

How to use the NUMBER26 account also without compatible mobile phone, you can find out here ⇒ Instructions: Number26 without smartphone.

In Number26 is actually a very modern current account. Unless you own a compatible Smartphone, you will get an innovative banking solution that has been designed and developed from the base for the 21st century.

The current account itself has of course its own advantages and disadvantages that have indeed been described in detail on this special portal.

Number26 is a great complement to consisting accounts!

For me, this new account is a great complement to my accounts at the DKB and comdirect bank. The NUMBER26-MasterCard scores here especially with its very attractive conditions at the use abroad. 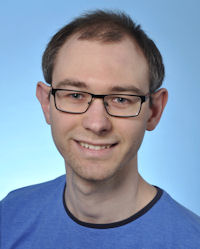 Andreas Adler has been working since 2007 as a software developer. As such, he looks for practical and creative solutions to technical and other problems.

This special portal has aroused his interest for bank products, especially for the innovative current account of NUMBER26.