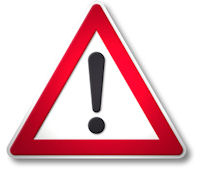 Eliminating prejudices and dangerous part-knowledge was the motivation for this important article!

1. Foreign accounts are illegal – they are used for tax evasion

There are even two wrong statements in this heading, as

Of course, there are some countries and a lot more banks in other countries, who do not want to open an account for us Germans – or only after requirements, like the social security number, tax identification number or residence certificate. This is due to the laws and rules of the game.

There is no German law that prohibits the opening of an account abroad.

On the contrary, there is even a law that prohibits restrictions!

In paragraph two, the same is stated for transactions.

The free movement of capital is one of the four fundamental pillars of the European Union … and the EU law is above the national German law.

1b. The problem that led to the myth:

Tax evasion. There are actually hundreds of thousands of German citizens, who do not declare revenues on their foreign accounts or not to the full extend to the tax office.

The most famous example is probably the former football manager, Uli Höneß. He was sent to prison, because of tax evasion amounting to millions.

Well, he actually went to prison, because he and his lawyers have screwed up the voluntary disclosure. Tax evasion is the only offense in Germany, where one remains basically unpunished, if one presents himself.

Important conditions for the voluntary disclosure

As part of the media presentation of the Höneß-affair, thousands of Germans have voluntary disclosed themselves to the tax authorities and through their proper behaviour, they took advantage of the exemption from punishment according to paragraph 371 of the Tax Code (Abgabenordnung).
A voluntary disclosure should always be made together with a specialized lawyer/accountant.

Foreign revenues must be declared in the annual income tax return.

Interest on account balance or dividend payments in shares are capital gains. These are indicated in total in the Anlage KAP (annex KAP) in line 15 (foreign investment income). 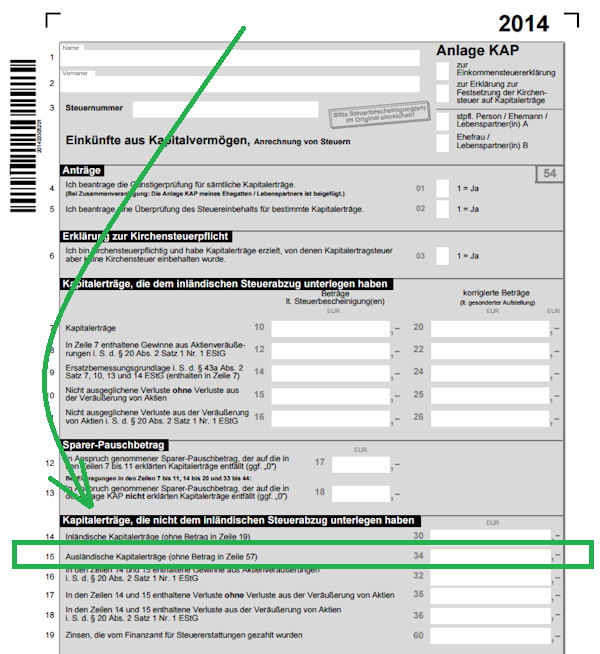 Interest and dividends of foreign accounts must be entered in total in this line.

It is meaningful, if the income tax return certificates or bank statements are enclosed as evidence.

At best, you hire a very good tax consultant with the compilation of your tax return. From personal experience, I know that many tax consultants are tame subcontractors of the tax authority. You may have to look for one or ask for recommendations to find your indicated tax expert!

A very good tax consultant is an investment that pays off!

A very good tax consultant always pays off his fee for his work and you have a higher legal security. However, make sure to really give him all documents – especially of foreign accounts!

With the EU Savings Directive and the OECD-Agreement for the exchange of bank client information, many countries have adopted regulations for “promoting tax honesty”.

The tax authority receives annual releases on accrued capital gains from many countries already today. From 2017 on, even more countries will do and then including the account balances!

Whether this is really necessary for taxation – as we in Germany do not pay wealth tax (keine Vermögenssteuer), the tax always refers to the gains – is another matter.

Countries and bank accounts, which do not take part in this information exchange, are dealt with in another article.

Regarding myth 1, one can conclude: foreign accounts are legal. Please do not forget the statement of income.

Interest-free accounts – for example, current accounts or gold accounts – do not need to be specified, as they do not generate income or in the case of gold, because the gains of the sale after one year holding period is tax-free.

Interest-free accounts and gold do not have to be stated!

This turns out to be a myth in most cases. Perhaps it is true for Liechtenstein or to a lesser extent in Switzerland. In return, the Alpine banks receive “royal” fees for their service.

Germany is a paradise for bank customers

In general, bank accounts in almost all countries are a lot more expensive than in Germany and often provide even less services.

With this special portal, we want show the whole world the advantages of German banks to

Additionally, there is often a different mentality. We Germans are valued worldwide for our quality, efficiency and punctuality. Not all foreign banks can keep pace. Sometimes, one encounters “Laisser-faire”-attitudes that let you shake your head.

Likewise, the language barrier can become a barrier.

Also the detailed identification of annual gains is difficult for some banks and countries, because these have other tax law bases.

However, we love adventures. 🙂

3. Only suspicious characters have foreign accounts

At myth 1, we have already learned that it is not a crime to have a foreign account and one is not in the twilight zone either!

Depending on your personal situation, there are some benefits that make a foreign account useful or even necessary. Here you can find some examples:

Help us to provide more objectivity and facts in the subject of foreign bank accounts and to distribute them. Scepticism, which is occasionally seen, is often based on ignorance and partly simplified representations in other publications.

The comments box is activated for you to make meaningful additions to this article. These could be further myths, as well as tips to foreign accounts.

We encourage you to exchange experiences and ask questions, because the more people deal with this issue objectively and curiously, the better!

Frequently read articles about opening an account in Germany: