… or completely without Schufa! This article deals with both variants. But first of all: What does “negative Schufa“ exactly mean?

The answer is: There is no universally applicable answer!

An unpaid phone bill can cause a “negative Schufa“ …

For many German banks, an unpaid phone bill is enough – yes, this is entered into Germany’s biggest credit investigation company –, in order to reject a loan.

One case from the practice

We know about cases in which the real estate financing in the amount of several Euros 100,000 was not granted, because there were entries at the Schufa that a phone bill was not paid.

The daughter of the family called her boyfriend during their vacation and “produced” a phone bill of more than Euros 300. She destoyed the bills and reminder notices, because she was afraid of her parents. Therefore, the parents got a Schufa entry that ruined the dream of their own house.

Challenge for young people and immigrants

Also people, who have no records at the Schufa, can have problems when applying for a loan. As almost all people from the age of 18 are recorded by the Schufa, because they appear economically in Germany, the bank may ask itself, “Is this person real?”

If a loan bank gets the feedback of the Schufa: “person not recorded by the Schufa”, then this can be interpreted as something negative.

This can become a problem for young people and immigrants, because they did not have enough time to appear economically in Germany.

Open a current account in Germany. This way, you get your first positive Schufa entry! This should be helpful for the loan application. 🙂

The solution: Loan without Schufa entry

Here, you will learn how to apply for a loan at Bon-Kredit without a Schufa entry and about the course until the payment:

We heard about a case that we want to report about, because it might be interesting for you or your friends too.

How Michael has almost lost his house!

Michael lives together with his family in a beautiful home on the outskirts of the city. He did not know about our advice from the articlebsp;1 and agreed with the bank on too high monthly instalments.

What happened was unavoidable: car accident. It was his fault. The insurance paid the damage of the opponent, however, it demanded a recourse from Michael of Euros 5,000. Payment term is short!

As a matter of course, he visited his main bank and asked for a loan. The banker proved the loan application and told him that a further loan would not be possible. The regulations of the bank would not allow this, because the loan exposure is already high.

Note: Whether one is (still) “loanable” or not, is calculated by the banks as follows:

In Michael’s case, there was not enough left at the end of the calculation for a new monthly loan instalment. Even worse: the banker suggested that if a new loan instalment is added, then the existing loan agreement could be checked again (partially, banks can see at the Schufa, if further loans are added).

Insecurely, Michael started a search for a loan “without Schufa“. At Bon-Kredit, he found what he needed and got a loan in the amount of Euros 5,500 (Euros 500 reserve, if something else would go wrong) without entry at the Schufa. That means: the bank with the already existing loan does not know about the new loan.

20 Responses to “How to get a loan with “negative Schufa“!” 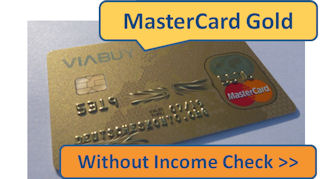